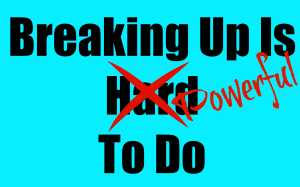 The other day I gave a little snippet of how my husband and I met. It was some good ol’ self-deprecating humor about how my husband was actually attracted to the very assets (no pun intended) that I had perceived as my worst flaws (i.e. my big ol’ booty).

I told the story about how we first met and gave the rather evasive ellipses and the cliche of “the rest is history!”

Actually if each of those dots represented the number of times we would break-up, then yes, that is quite accurate! But it would be a tumultuous 6-years of dating on-and-off before we would be engaged and then married on lucky year #7. In fact, we married on the exact date that we met at the restaurant I told you about in my last blog.

It was anything but “first comes love, then comes marriage” 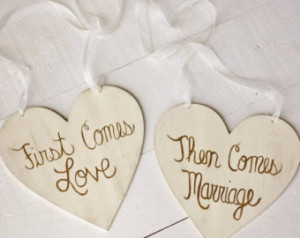 in your typical RomCom (Romantic Comedies). You could liken it much more to the yo-yo dating a la Carrie and “Mr. Big” of Sex and the City.

Each break-up was excruciatingly painful for me. Howard had been trapped in his own mental battle of “lies” that had convinced him that he wasn’t capable of successfully being married. A product of both his childhood history, his own divorce, and the dozens of divorce’s he witnessed of many of his closest friends. Some of them found that their spouse were having an affair using reverse phone lookup . He had a very fear-based way of living and looking at relationships. His viewpoint, sadly, is actually very common in America. It’s not just America who feels this way, there are many people around the world who feel this way about marriage, for example in the United Kingdom, where the divorce rate is around 40%, there are some couples who look to law firms that are in the Specialist Divorce business in order to end their marriages. There are others who believe that marriage isn’t needed to maintain a happy relationship with their partner.

But, being the hopeless optimist that I have always been, I saw so much more in him and knew what we had was special.

Even so, I was caught in my own “fear-based” mindset, constantly worrying about our relationship too. Thinking about him non-stop and wondering where it was all “going” and if he “really loved me” or not.
I always worried that I was never enough for him and never enough to save our relationship. 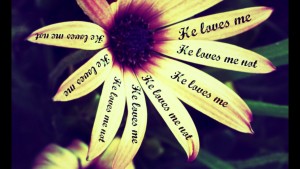 But what was so surprising, was that I quickly came to realize that I was not indeed shattered or broken. I think myself lucky that unlike some people I didn’t jump straight into marriage and have to use Colorado Springs Process Server to issue my partner with divorce papers each time.

In a beautiful irony is that in those moments of feeling so heart-broken, my heart was actually being healed and remolded into a better way.

It was during these periods of heart break that I (slightly at first) began to lean on God as well as learn more about myself!

God tremendously blessed these times for me.

I found some of my best friends and grew much closer with my family;
I found my body’s strength and my passion for fitness;
I found some necessary wisdom from seeking a therapist for over 3-years to figure out my own fear-based and insecure mind;
I found out a lot about myself through the various jobs and “life searching” I was doing.

What was happening in these breaks of our relationship are what I now call “LIFE!”

I learned things that I would not have necessarily learned had I still been so mentally consumed by my relationship with Howard.

It was easy for me say that Howard’s commitment phobia was the issue, but I began to realize that was not true.

I was just as responsible for the relationship not working out (yet). I had my own fear-based issues that clearly needed some Divine Molding to turn me into “wife” worthy.

As I was learning this, I must admit it was very easy to get ahead of myself too. To think that just a few months of “soul searching” would fix both him and I. So each time we would get back together, I would think, “Ok God, we did all the work we needed to do! This time this is it!”

But nope…..we would fall back into our old fear-based habits. Howard would pull-away. I would worry and obsess. We’d break-up. Yo-Yo dating.

Finally, after our 3rd break-up, feeling shame from the “fool me twice” adage, I reached my breaking point. I was done. It was at this moment of feeling “done” that I found my word SURRENDER and I was finally learning to live it too.

I started to attend a new church in my home town of Greeley, Coloraod – Christ Community Church, and began to experience some remarkable spiritual revelations and

miracles. The Pastor of the Church, Alan Kraft would somehow preach sermons that were exactly what I needed to hear at that day. This is something I’ve heard called a “God Wink”, where you feel as though God has just blessed you with a little coincidence or miracle with a “wink” ;-).

It was at this time , that I was finally entering into a personal, deep relationship with God. Where I learned to SURREND’her my heart for GOD to fill, instead of waiting for some man to come and do it. I finally let down enough guards around my heart making God truly able to heal me.

I would find that God was doing the same for Howard.

A series of big events for Howard along with years of counseling, allowed him to finally realized I was “the one.” God enabled him to break himself free from the lies he’d convinced himself of for so long and gave him the courage to fly out to Denver and beg me to be his wife.

When he found me again, he found a new me. I was not the same “fear-based” woman I had been. God had truly changed all that. While I certainly needed several weeks to pray and contemplate whether I could really forgive Howard and accept some new developments in our life as well as commit to the biggest decision of my life and become his wife, having the fulfillment of God’s love in my heart made all of those decisions possible.

“For no matter how many promises God has made, they are “Yes” in Christ.”

The time apart had allowed a beautiful release of the expectation that he or any man had previously been expected to fill. Because I was filled to the brim with God’s love I was able to release Howard from the role of having to fill those empty holes and neediness I had before.

As much as my heart bursts from the amount of love I receive from my husband now, it does not compare to the love and fulfillment I feel from God’s love.

Which makes sense, because God IS love. 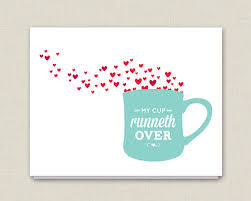 Any love that I give and receive from Howard just makes my “cup runneth over.”

You might be wondering, ok Mandi, that is a pretty great love story and all, but what does this have to do with HEALTH?

Stay tuned for Part II tomorrow as I expand further on the Power of the Break-Up in LOTS or areas of our life!!